What Pickleball Paddles Are Pros Using?

While many consider pickleball to be primarily a recreational activity, there are many who make a great living playing pickleball professionally. In fact, the Professional Pickleball Association (PPA) hosts annual tournaments where the biggest names in the sport dink it out for hefty purses. Not to mention the sponsorship opportunities available. As both amateur and professional pickleball continues to explode in popularity, pro-designed pickleball paddles are also continuing to explode in popularity. One of the best things about pickleball and its gear is that professional pickleball players are oftentimes very involved with the development of their own paddles. Built to their preferred specs, these paddles are designed for optimal spin, power, touch, and feel. And as the sport continues to grow, so will the professionals and the paddles they use.

First things first, you can’t talk about professional pickleball players without mentioning Ben Johns. He was a young prodigy and currently the most dominant pickleball player in the nation. One of the biggest pickleball stories in 2022 was when Ben Johns signed a contract with a new (to pickleball) brand, JOOLA Pickleball. In April, JOOLA announced the signing of one of the biggest names in the game and released his brand new paddle, the JOOLA Hyperion CFS 16mm Ben Johns Signature. Ben Johns’s involvement with the construction of this heavyweight paddle ensures this paddle is built for pickleball from its face to its core. 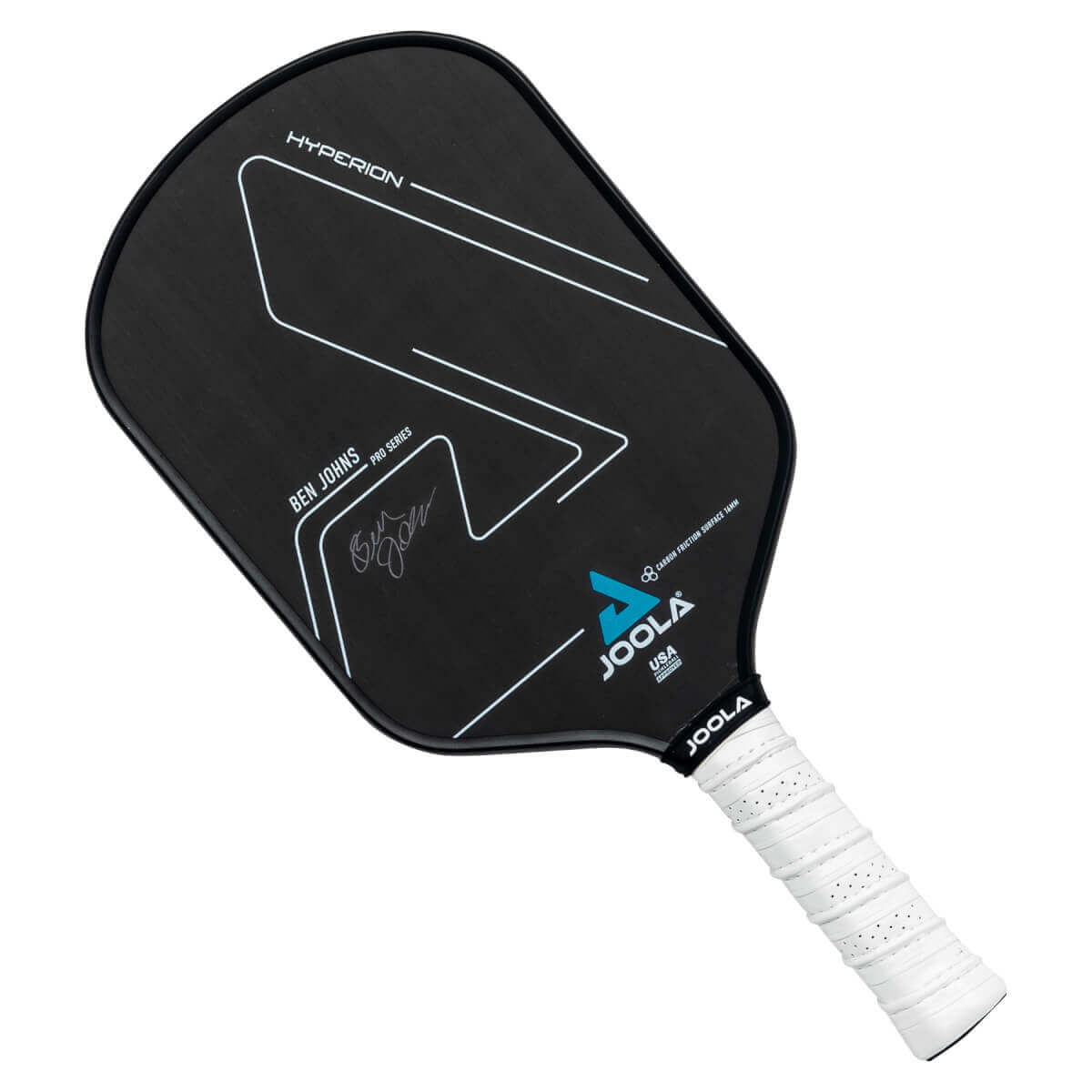 Other notable features include:

Next up on our list of professionals is Tyson McGuffin. Perhaps the most electrifying player in pickleball plays with perhaps the most electrifying paddle in pickleball. The Selkirk VANGUARD Power Air Invikta is Tyson McGuffin’s go-to paddle and features an incredibly unique design that allows maximum swing speed and power, but holds strong in its control and offers the soft touch you expect from Selkirk. Want to put on a show whether you win or lose? Shop Tyson’s VANGUARD Power Air Invikta paddle. 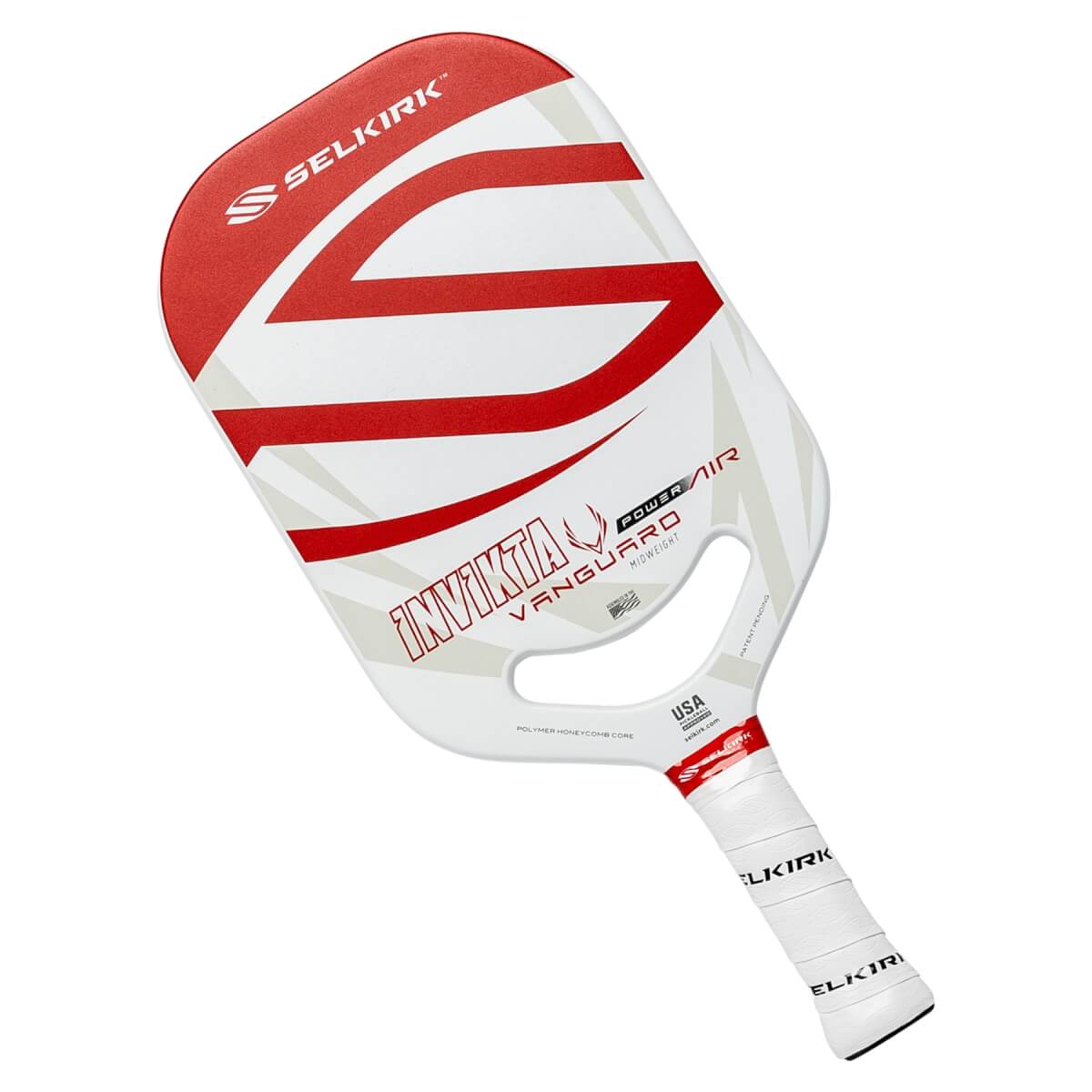 A longtime pro, father to three, and Major champion, Tyson is an unparalleled talent in the pickleball world. His paddle, manufactured by Selkirk Sports, is created for the pro by the pro. Notable features include:

This famous mother-daughter duo has been absolutely crushing doubles pickleball over the years. Their journey into the sport is one for the storybooks. For starters, they are the only mother-daughter team on the professional circuit and Anna Leigh is only fourteen years old! They recently shocked the pickleball community when the two of them upset Simone Jardim and Corrine Carr at the Florida Grand Slam. And which pickleball paddles did they use to do so, you ask? None other than the top brand of Paddletek. To be more precise, you can play like Anna Leigh by using her custom Paddletek Bantam TS-5 Pro Middleweight at your next match. 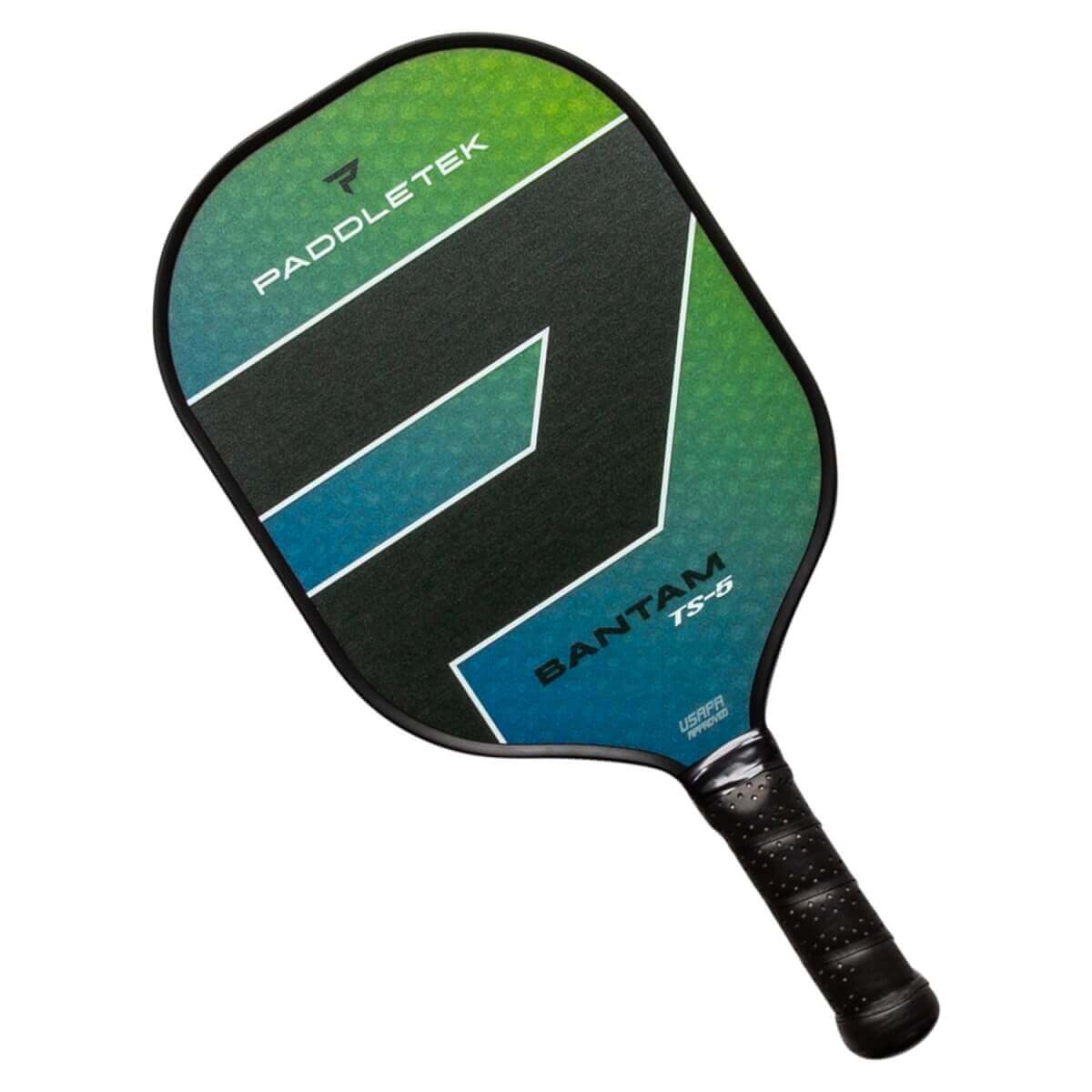 ALW is perhaps the star with the brightest future in the sport of pickleball. Her partnership with Paddletek and the development of her own signature paddle ensure that this 15-year-old is a lock to be a relevant part of our sport for years to come! Anna’s signature paddle is a lightweight option that’s great for both singles and doubles. At 7.0-7.5 ounces and sporting a fiberglass-hitting surface and a high-grade polymer core, this lightning-fast paddle is one of the best values on the market. Other notable features include:

Top pros Lucy Kovalova and Matt Wright don’t only play with the same paddle, they play on the same court with the same paddle! These absolute legends of the mixed pro draw share a lot of gold medals together, but also share a love for the Onix Evoke Premier Heavyweight paddle.This big hitter features a composite hitting surface, a poly core, and plenty of beef averaging in around 8.4 oz. (Just about half the weight of a gold medal!) 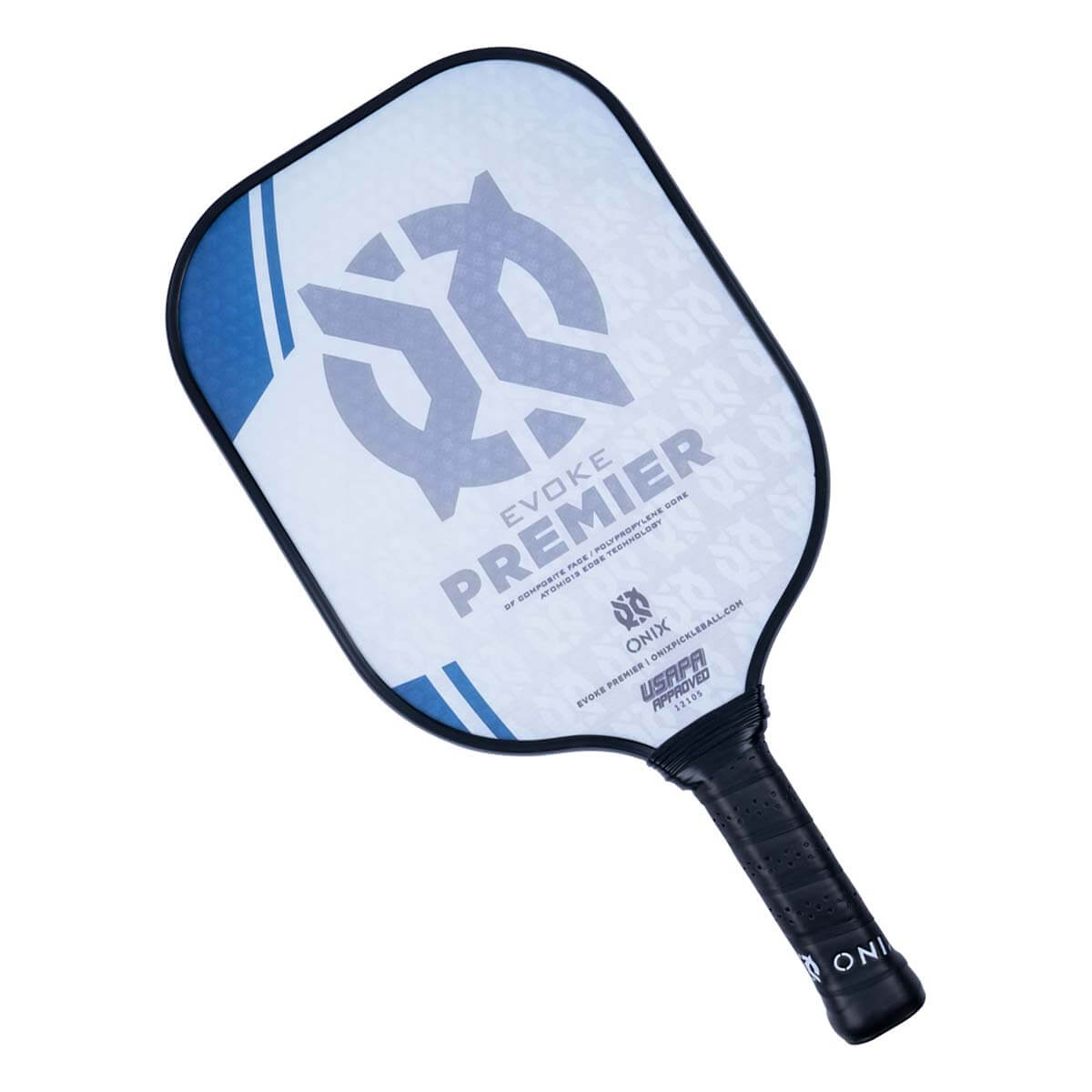 One of the most agile players in the world plays with one of the most storied brands in our game. Catherine’s signature Tempest Reign is an elongated paddle coming in at 16 1/2“ and benefits both a singles and doubles player. Paddletek’s high-grade polymer composite ensures all the feel and touch you need in pickleball, and the unidirectional carbon fiber lets you (and Catherine) paint the lines with the greatest of ease. (Even if she might make it look a little easier than us!) If you’re looking for an elongated paddle that still tips the scale at a fast 7.6 ounces, track down the Paddletek Tempest Reign Pro Catherine Parenteau Edition 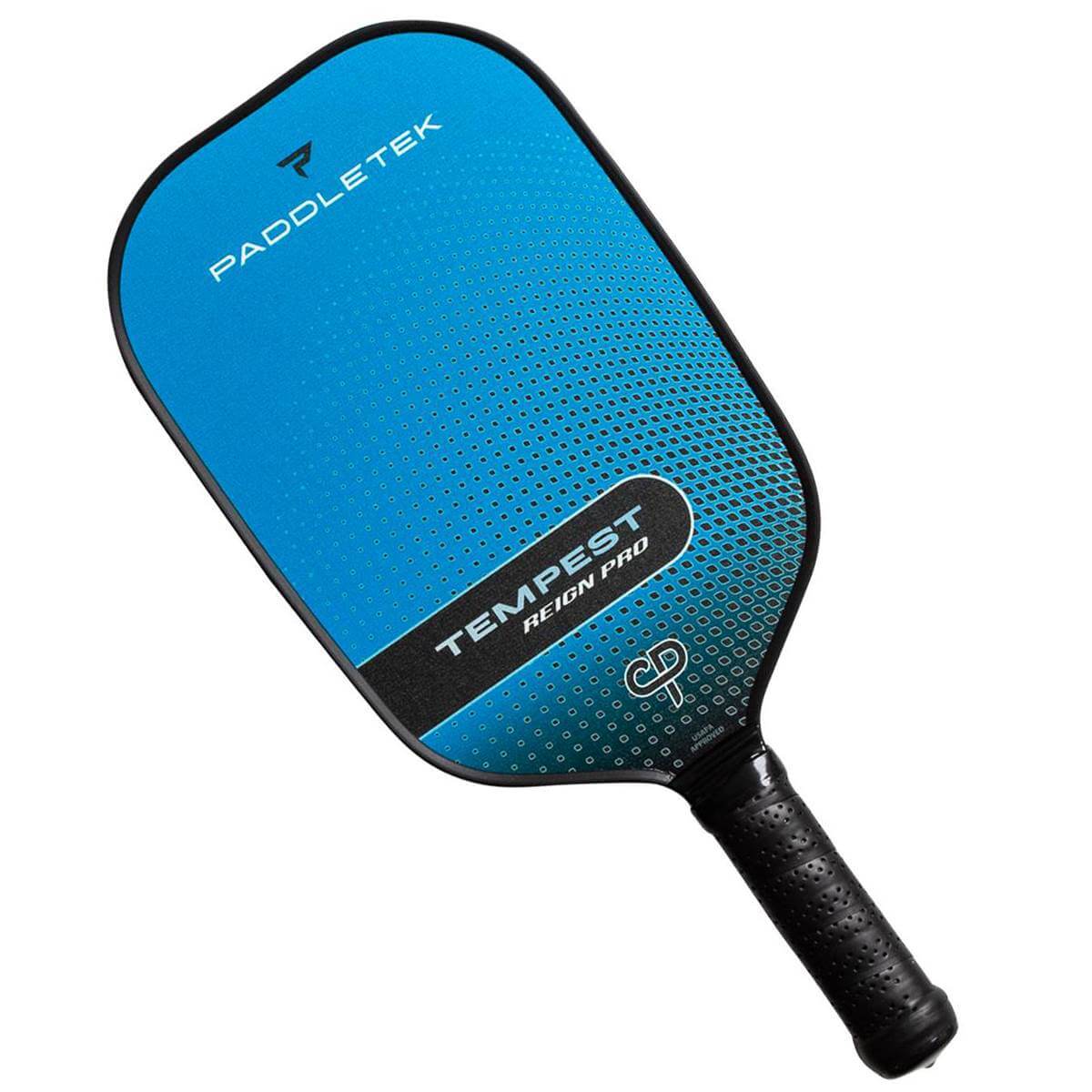 Jessie Irvine battles her way to the podium with the Engage Pursuit MX Middleweight paddle - one of the most popular paddles of the year that was built by one of the most well-known brands in the game. The MX model features a longer 5 3/4" handle length compared to the 5" handle on the EX model. This model also features the 1/2" thick core and middleweight design, which provides similar control and feel to the 5/8" core, but you get increased power. 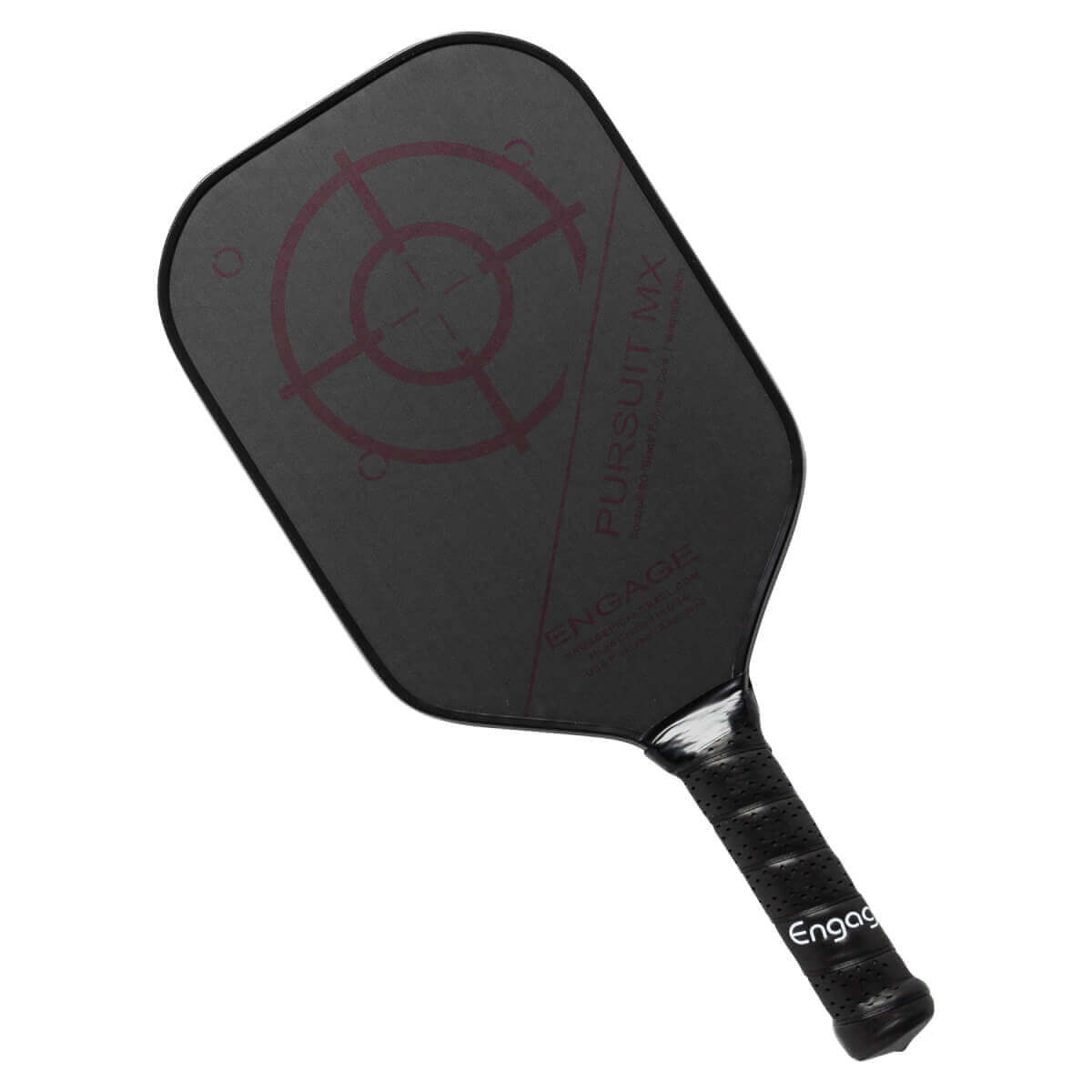 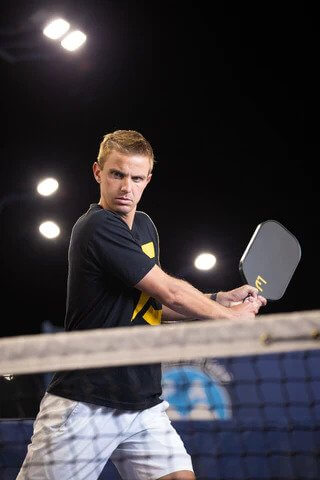 The full-time dubs partner and full-time brother of Ben Johns, Colin Johns performs on the biggest stages with his Electrum Model E paddle. One of the most popular paddles in the game today, the Model E may have a sleek design, but its playability is as loud as can be. The Electrum Model E is a fusion of an elongated shape and the raw carbon fiber texture that provides full-court coverage and feel, allowing for ultimate spin and control. The Model E is built from the same materials found on the first-born Electrum Pro paddle (premium Toray T700 Carbon Fiber), making the face resistant to deformation. 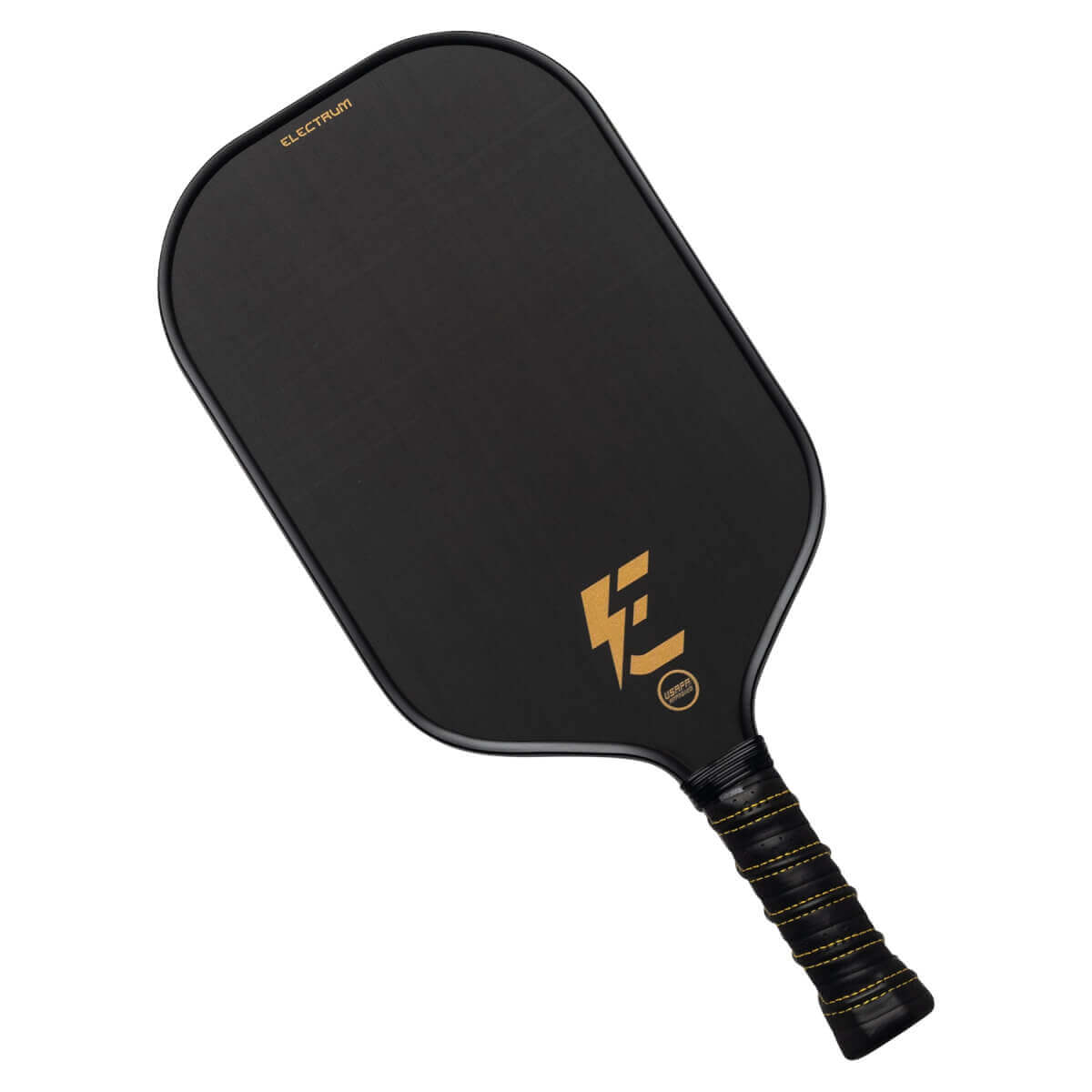 As mentioned earlier, the number of professional pickleball players will continue to increase over the years. And with that, more pro models will be coming out in the near future. Within the next couple of years, we expect to see more and more professional players with their own pickleball paddle and can’t wait to carry them all. If you’re on the hunt for a new paddle and aren't sure where to start, contact our Paddle Experts at any time. They’re available via phone at 866-382-3465, email at experts@justpaddles.com, or live chat. Don’t forget, we’re here for you from Click To Court!

Filed Under: Industry News Pickleball Professional Paddles
Chat Us
You can compare a maximum of four items.
Please remove one item to add another.
Add up to 4 items to compare.
Show Comparison
ERROR